In Autumn and winter 2013-14, Signe Johannessen did research at the Swedish History Museum in Stockholm about identities and heritage in the museum’s collection. The title Contamination of Evidence offers a sneak peak into forensic work while dealing with questions of evidence and truth. Contamination of Evidence – tainted evidence – is evidence of lower credibility because it has been altered somehow.

The Swedish History Museum is creating our common view of history, but what stories are actually “true”? All items in the museum can be seen as evidence, but whose stories do they tell and how are images from the past changing according to the present? Will artists “besmirch” the evidence, or was this contamination already there when the object became part of the collection?

Johannessen worked closely with archaeologist Kerstin Näversköld in examining the procedure for every new object listed in the museum’s collection. By placing fragments of a fictional object – a 3-D printed sculpture with an unknown function – in the hands of the archaeologist we are challenged to understand the significance of that which is still unknown to us. At the same time, questions are raised about the selection and gathering of objects, and about the museum’s and archaeologists’ goals and power. 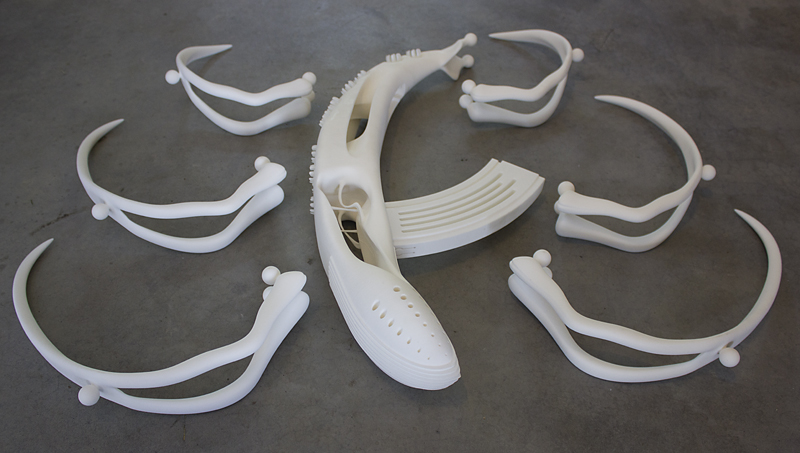 The project was developed in close dialogue with Curator Caroline Malmström and was a collaboration between the Art Lab Gnesta and Swedish History Museum.