In this project Signe Johannessen deals with the memory of a dear childhood friend, a horse that the artist later learned had been killed by her father. That knowledge obviously became a traumatic experience. The project addresses this murder and celebrates the lives of all horses. Horses have been used as tools for transportation, warfare, and human survival. In the work, Johannessen witnessed the death of a Lipizzaner stallion, whose remains were used and processed throughout the project. Johannessen carried out a series of ceremonies together with horses at an ancient immolation site on the island of Öland and built an altar in a stable at the farm Kultivator.

In parallel to this the artist worked with a 100 year old skeleton of a horse called Lilly. Lilly was the last Ölandshäst before the species became extinct. Together with a veterinary Johannessen rebuilt the composition of the incorrectly mounted bones. Johannessen ask the viewer to contemplate mankind’s responsibility for the extinction of species. 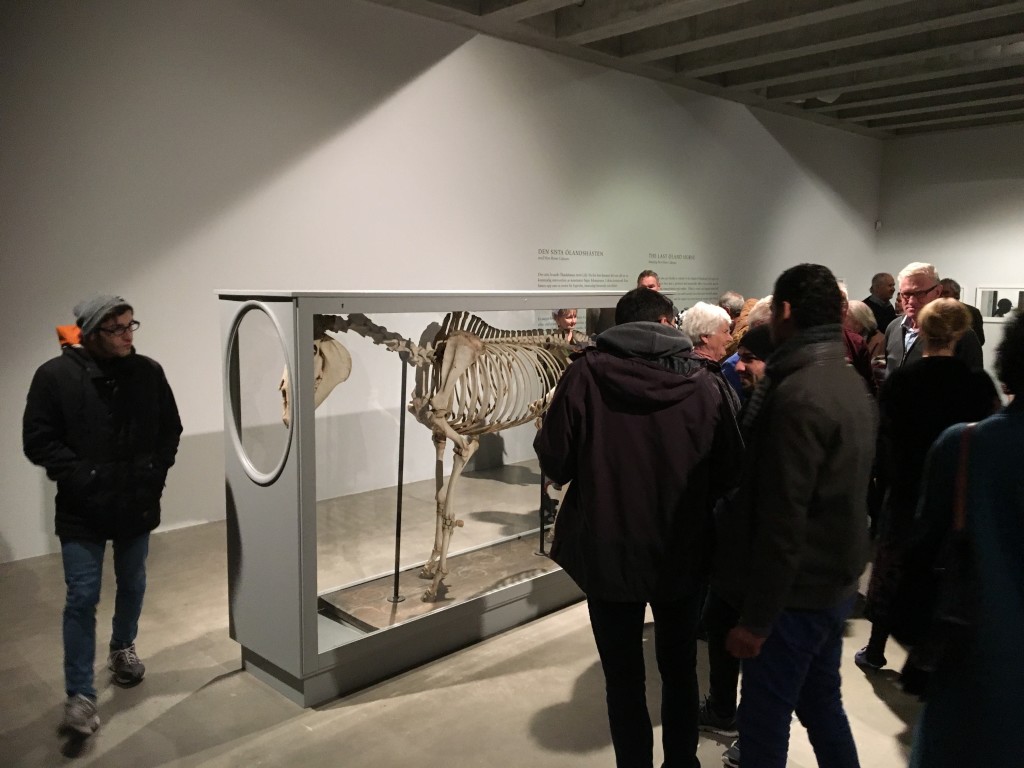 Curator Joanna Sandell, director at Kalmar Art Museum wrote the following about Thank you for carrying:

“Signe Johannessen addresses the inequality between man and woman in a poetic film where the horse is in focus, symbolizing the power inherent in this animal which was transgressed at a time in Signe Johannessen’s life when she was a young girl and the friendship of a horse was all the comfort she had. The film Thank You for Carrying follows a kind of inverted narrative of one of our oldest Greek tragedies, the killing of the father in “Oedipus”. […] Thank You for Carrying pays tribute to all horses in the world that have carried humans through troubles, be it war, famine and more so through spiritual darkness and towards a fight for personal freedom.”

Press about the project: