On the beaches of Fårö one may find skeleton parts, fossils and bits of plastic, traces of life that charge one another. The pre-historic fossils alongside a modern place also reminds of primeval times through oil molecules, a fossil fuel. 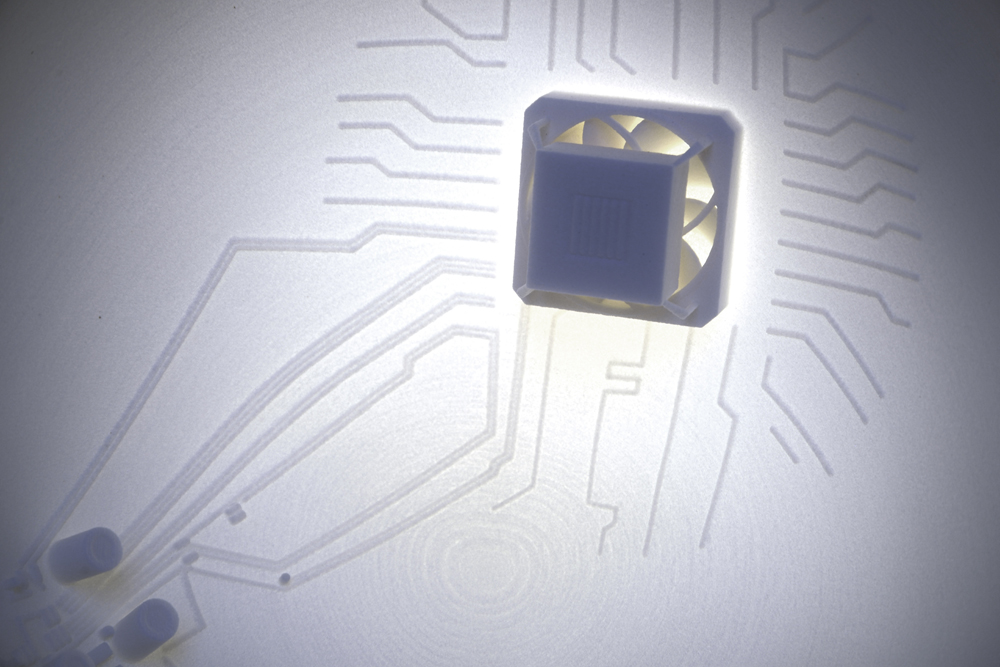 Today we delegate more and more human functions to technology and a great deal of our everyday communication is made through the Internet. Thinking about how technology makes us superfluous is interesting. By giving life to dead things, Signe Johannessen leads us to think about the limits of this evolution. In the project “8” she combines technical components and organic forms into objects that could be future leftovers. The work is inspired by the artist’s upbringing which centered around a spiritual idea to uplift the natural, but it is likewise also a reaction against that idea.

In parallel to the exhibition 8 We are a parentheses on the Earth at Botkyrka konsthall, Signe Johannessen was invited to participate in YAPP in Botkyrka in collaboration with the Royal College of Art. The artist opened her artistic process and invited the participants in YAPP on an exploration voyage back to the where the project 8 We are a parentheses on the Earth began in Fårö, where sky and sea meet. Signe conducted several workshops about human vulnerability on Earth. One of them entailed that participants and the artist reenacted Earth’s downfall. The results of the series of workshops were taken back to the konsthall where the exhibition was activated by the YAPP project.

Signe Johannessen collaborated with the photographer John Warden for the project. The artist’s objects were placed in abandoned and overgrown urban landscapes such as closed roads and forgotten parking lots that were subsequently photographed.